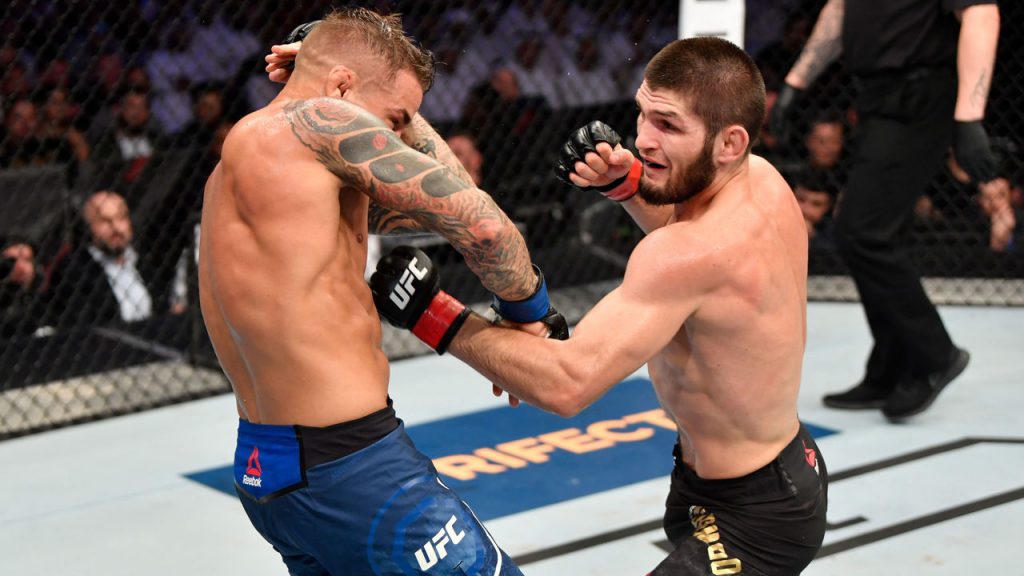 Khabib Nurmagomedov spoke about who deserves to be the champion in the next UFC lightweight class. Khabib chose Dustin Poirier!

Khabib Nurmagomedov declared his retirement from UFC at the end of November 2020 after defeating Justin Gaethje at UFC 254. The fighter from Dagestan is ranked first pound-for-pound (P4P), he has a 29-0 winning record and can defend four times lightweight champion belt.

Although several times it was rumored to be a comeback, Khabib remained in his position. He won’t come back fighting again.

Reporting from ESPN, Khabib Nurmagomedov was asked about who deserves to win the next UFC lightweight title belt. Khabib mentions Dustin Poirier.

‘In my opinion, Dustin Poirier deserves to be the next champion,’ said Khabib.

‘Look at the fighters he has beaten, like Jim Miller, Eddie Alvarez, Anthony Pettis, and Max Holloway. Those are the great fighters in the UFC,’ added The Eagle.

Dustin Poirier is indeed an expert fighter at the UFC. ‘The Diamond’ has been dueling at UFC since 2011.

Poirier has a winning record at the UFC of 19-5 and has won the Interm lightweight belt title.

Do you agree with Khabib Nurmagomedov’s opinion that Poirier deserves to be the next champion?