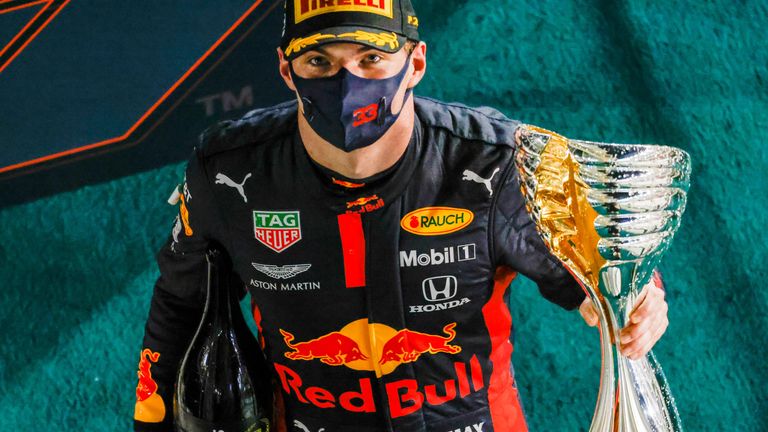 The final race was at the Yas Marina circuit, Sunday (13/12/2020). Verstappen, who held the pole position, immediately shot from the first lap and defended his place from the competitors.

Meanwhile, Valtteri Bottas had difficulty starting even though he began from the second position. As a result, Lewis Hamilton was able to approach him. The virtual safety car came out on lap ten after Sergio Perez suffered a car breakdown.

The races are relatively unremarkable, considering there is nothing else to be contested here. Verstappen was 7.8 seconds ahead of Bottas when entering lap 41 – then Hamilton was four seconds away from second place.

Until the end of the race, Verstappen remained the first racer to cross the finish line, followed by Bottas and Hamilton. Complementing the top five are Alexander Albon and Lando Norris.

Unfortunately, Max Verstappen’s victory failed to bring him to finish runner-up in the riders’ standings because he had to settle for third with 214 points. In second place is Bottas with 223 points while Hamilton is in first place with 347 points. 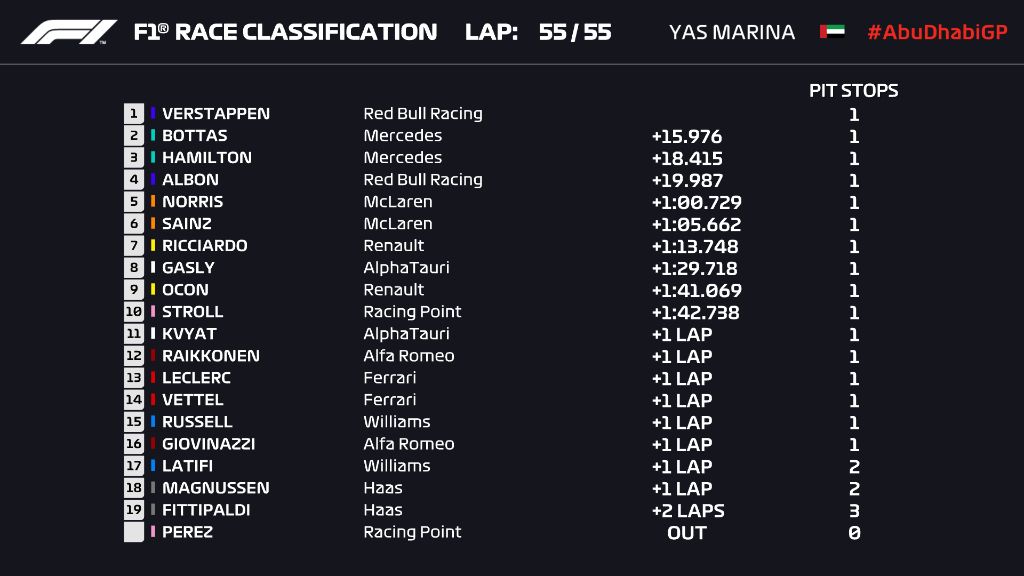