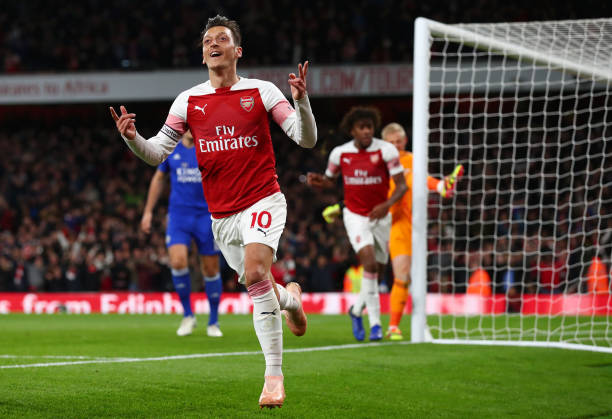 Arsenal ended their nightmare by beating Chelsea, 3-1. Mesut Oezil celebrated the victory. As an outcast from the squad, Oezil still shows his concern for Arsenal.

This result broke the seven games without a win that has plagued Arsenal since November 2020. Before this, Arsenal’s last league victory occurred during a visit to Manchester United’s headquarters on the 1st of November, 2020.

Oezil himself was not part of Chelsea’s win today, nor last month’s win at Manchester United. The German playmaker was thrown out of the main squad and rumored to be moving to the Turkish League.

Regardless, Oezil’s post on Twitter indicates that the player still loves Arsenal. Most of the fans who responded to Oezil’s post were sympathetic to the fate of being banished from the London Cannon squad.

It is a great Christmas and New Year 2021 gift for the coach Mikel Arteta.

Arsenal, who previously slumped and were threatened with relegation because they continued to achieve minimal results, can now breathe a sigh of relief. Helped by goddess Fortuna, The Gunners were able to win the London Derby, which took place at the Emirates Stadium.

Appearing as the host, Arsenal could lead 3-0 first through penalties from Alexandre Lacazette (34), Granit Xhaka (44), and Bukayo Saka (56) before Tammy Abraham (85) replied. Jorginho’s failure to execute a penalty helped the host’s success.

At the King Power Stadium, the match that brought Leicester City against Manchester United (MU) ended in a 2-2 draw. The Red Devils took the lead twice through Marcus Rashford (23) and Bruno Fernandes (79), which Harvey Barnes (31) equalized and an own goal by Axel Tuanzebe (79).

Then, Manchester City (Man City) managed to beat Newcastle United with two goals without reply through goals from Ilkay Gundogan (14) and Ferran Torres (55). As a result, The Citizens approached the Champions League zone. Everton also won positive results at Sheffield United thanks to a single goal from Gylfi Sigurdsson (80). 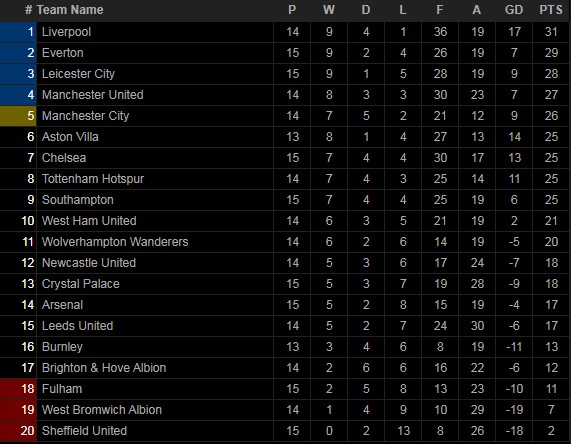